Can't really say what I've been doing with my time for the last year or so.... Crocheting, knitting, not a lot of tatting, working, child taming..... All the usual stuff.

So once again, it's time for a camera cleanout!  Hopefully I'll find a few things I'd forgotten about!

Working backwards... I finished (yes, FINISHED) this a couple of weeks ago.... Have been meeting up with some tatters in town lately, and one has been hand dyeing threads!

So this is what I made with my first purchase...... Lovely thread makes tatting a joy, so this one got finished in weeks instead of years.  If you want to look up Alenalea Tatting on FB, she's got some luuuuurvley threads.... 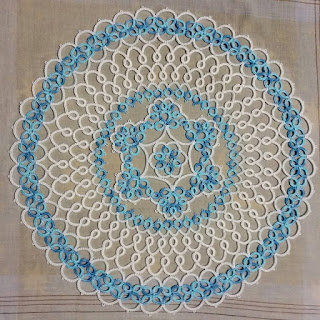 This is a hanky edge I did for my MILs birthday last year.... I think this is out of Mary Konior's "Tatting with Visual Patterns" book. 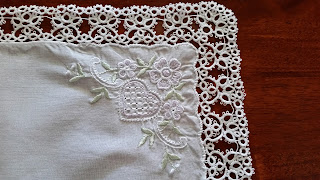 Last year's show entry.... It's out of a french pattern book (can't remember the name just now, I think I've mentioned it in a previous post somewhere). 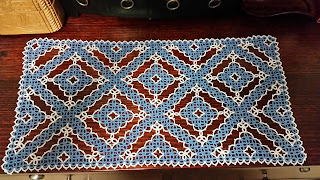 Some random earrings.  They've got plastic rice beads in the centre of the rings. 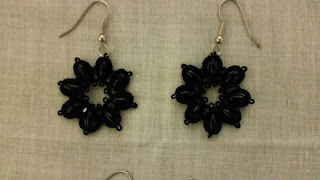 A tatted poppy.  The pattern isn't mine, but I've lost it in the mists of facebook.  Google "tatted poppy patterns" and I'm sure it'll show up.  =) 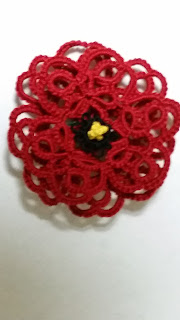 A bookmark I should call "The boomerang" - because it came back.  I made it for Dad's 70th birthday several years ago.  Unfortunately he passed away not long ago.  I found this again going through his books.  I believe this was in a Phantom comic omnibus.  =)
I've given it to my eldest son, he's very pleased to have it.  I think I mangled an edging pattern for this, but whose escapes me. 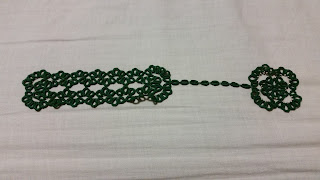 I'm currently working on this year's show entry.... So I may finish TWO (!!!) doilies this year!!
As well as this, I've got another "must tat" pattern stashed, but I have a baby blanket, another baby gift (undecided as yet) and a "proof tat" pattern to do for a friend first.... Blog updating possibilities abound.  =)

I've joined a few FB tatting groups this year, and there's quite a few patterns get posted (especially on Just-Tatting), so I'm getting a bit inspired again.... Especially now I've got a supplier of reeeeally nice threads fairly local......

And no, the baby blanket is not for me.... but I'm sure my kids would like some more blankies anyway.  We're big on blankies here.  =)

I went slightly mad last Christmas and decorated my dogbox at work with tatting.
And me being me, it's August and they're still there..... It's fffffreezing right now,, so snowflakes are somewhat appropriate at the moment. 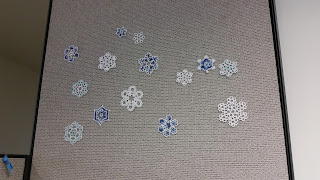 It does cause some double takes, as I'm next to a walkway.  Beats the pants off the giant fluffy black fake spider that hangs over a workspace upstairs.  (Used to be my hubby's.  A friend now has it.  Very easy to locate him, just look for the giant spider! )

And although it's not something I've produced, I've got to give a special mention to my lovely recently acquired cousin Kate (aka "Cuz"), who made this lovely quilted tatting holdall for me..... Did a trade of a couple of hours of tatting lessons for it.  I live in hope of swelling the tatting ranks!

If you like your "quilty pleasures" pop on over to https://talltalesfromchiconia.wordpress.com/ and say hi.  Kate is a prolific quilter, crafter, and much more prolific blogger than me.  =) 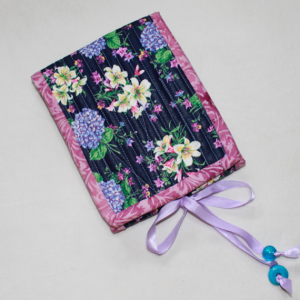 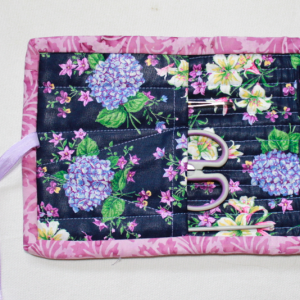 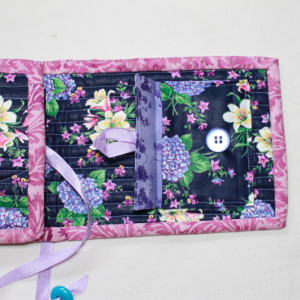 Well, that's it for now, back when I've finished something else.  I may be a while.  =)

castats
Australia
Have been into tatting for about half my lifetime!